A Writing Competition for Students in the Bailiwick of Guernsey

Organised by the Guernsey Literary Festival

Write a 300-word story inspired by a myth or legend for the chance to win a fantastic cash prize!

Gather inspiration from the stories of the past. Your story could be inspired by a Guernsey or Greek myth, or by a legend from the past such as Robin Hood or King Arthur.

You might choose to rewrite your own version of your favourite myth by adding yourself to the storyline. What powers might you have? What adventures might you go on? What fantasy creatures, brave heroes, magic spells and powerful gods might you encounter?

You might want to reimagine your myth or legend from the point of view of one of the supporting characters, or even the villain of the piece. How might Maid Marion tell her part in Robin Hood’s legend? What might Medusa think about her role in her Greek myth?

Closer to home, perhaps there is a local folklore site that you might like to use as inspiration for your own story, such as the Creux es Fees near the Lihou headland?

Whichever story you choose, try to capture the experience of your episode vividly so that it brings your characters and their world to life.

£25 cash and a certificate.

£25 cash and a certificate.

£50 cash prize, the 2021 trophy and a certificate for both primary & secondary winner.

Up to 5 highly commended prizes will be available in each category. Each highly commended winner will receive a £10 book token and a certificate as well as having their story published on the website.

First, second, third and SEND winners will also receive a signed book and an original illustration by local artist, illustrator and graphic designer James Colmer and their story published and illustrated on the website. 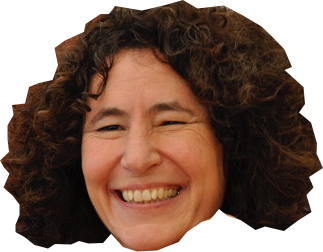 Francesca Simon is universally known for the staggeringly popular Horrid Henry series. These books and CDs have sold over 20 million copies in the UK alone and are published in 27 countries. Horrid Henry and the Abominable Snowman won the Children’s Book of the Year award in 2008 at the British Book Awards. She is also the author of Costa-shortlisted The Monstrous Child and Hack and Whack, her first picture book. In 2021 she will publish the first book in a new series for younger middle-grade readers, which follows Hack and Whack, two truly awful twins who are adored by their proud parents for being the worst Vikings in the village. Two Terrible Vikings will be illustrated by Steve May and published in February 2021. Francesca lives in North London with her family. 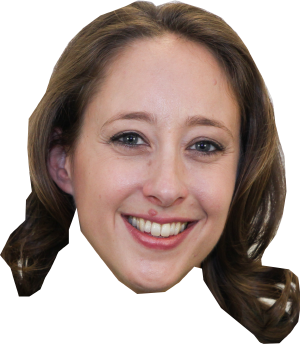 Maz Evans is the author of the bestselling Who Let the Gods Out? series, which has sold to 19 countries worldwide and has received over 20 award nominations, including the Carnegie Medal, Branford Boase, Books Are My Bag and Waterstone’s Children’s Book of the Year. Maz has contributed to Return to Wonderland, The Book of Hopes and Swallowed by a Whale. Her brand-new series Vi Spy: Licence to Chill will be published in February 2021.

Joanne Harris is an Anglo-French author, whose books include fourteen novels, two cookbooks, and many short stories. Her work is extremely diverse, covering aspects of magical realism, suspense, historical fiction, mythology, and fantasy. In 2000, her 1999 novel Chocolat was adapted to the screen, starring Juliette Binoche and Johnny Depp. She is an honorary Fellow of St. Catherine’s College, Cambridge, and in 2013 was awarded an MBE by the Queen. Ten Things About Writing was published on 10th December 2020. In 2021, she will publish the paperback of The Strawberry Thief from her Chocolat series and Honeycomb, a lushly illustrated set of dark, captivating fairy tales.

Huw Lewis-Jones, who went to school in Guernsey, is the author of many books including the bestselling The Writer’s Map and Across the Arctic Ocean. His latest book published in October 2020 is Swallowed by a Whale: How to Survive the Writing Life and includes secrets and insights into the writing lives of sixty accomplished authors including Cressida Cowell, Chris Riddell, Francesca Simon, Maz Evans, Joanne Harris and many more. He now writes for children too, with his Bad Apple series debuting this year. Huw is a Guest Curator of the Guernsey Literary Festival.

17th-29th May at the Guille-Allès Library.

An exhibition of paintings by Charlie Buchanan, curated by Art for Guernsey.

L’s Olures is an exhibition of watercolour paintings by Charlie Buchanan on the theme of myths and legends, curated by Art for Guernsey. The paintings served as an inspiration for students taking part in this year’s WriteStuff writing competition. The winning entries will be displayed as a part of the exhibition.

Each year we set a different brief and receive hundreds of amazing entries.
View our previous competitions.

Everything you have just told me is a lie